Yes, not long now before every fantasy football nut is tearing apart the Internet and those extremely overpriced magazines to help them decide who to draft, when, where, why and how!Â  This year I am at a disadvantage, as I am passing on my knowledge to all of you. Â My competition in the Midwest Sports Fans Fantasy Football League will be able to gain insight into my strategies and opinions, which for the most part are nails, and use that against me.Â

Oh well, it is what it is, and you will still see me in the Super Bowl.

[Editor’s Note: Kurt’s trash talk has been left in, unedited, because…well…we all need a good laugh every now and then.]

Onto ESPN’s current Fantasy Football Top 10 players based on their projected 2009 stats through their point scoring system, and whether or not I think each player will over- or under-perform the projections.

T-1.Â  Tom Brady, QB, Patriots (288 Points)Â  OVER!!!Â  Even though I think that New England will run more this year than any of their previous three years, you have to have faith in the quarterback with the most prolific statistical passing year ever, which was only two years ago.Â  Brady has more weapons now than he did then, including a better running game then ever before.Â  The Patriots will, however, run more for two reasons.Â  First, to keep the defense honest and avoid heavy blitzes intended to either make Brady a non-factor, or remove him all together from the game.Â  Secondly, to remove some pressure from the offensive line in having to protect the greatest quarterback ever 40 to 50 times a game.Â  If healthy, Brady will have another 300 plus point season. Â He is my number 1 overall pick.

T-1.Â  Aaron Rodgers, QB, Packers (288 Points)Â  Rodgers tied with Brady?Â  Under, but not by much.Â  Compare Rodgers’ weapons with Brady’s… that’s right, you can’t.Â  There should be no tie here.Â  Although Rodgers finished second among QB’s last year with 286 ESPN fantasy football points, the Packers will have to establish the run this year to win games.Â  Establishing the run is not only a quarterback’s best friend, but the defense’s as well.Â  Ground and pound eats minutes off of the clock, allowing the defensive personnel time to recover in between possessions.Â  There are several other QB’s that I would take over Rodgers this year.

3.Â  Drew Brees, QB, Saints (287 Points)Â  Over, and over Rodgers in my opinion.Â  Brees was the #1 QB last year with 311 fantasy points.Â  I don’t see him beating last year’s numbers, but Brees has been an owner’s best friend since landing in N.O.Â  I do, however, have a somewhat bad feeling on Brees this year.Â  Look back on all of the previous fantasy gods who posted incredible numbers over the past few years.Â  Brady, Peyton Manning, Tomlinson, Larry Johnson, Kurt Warner and on and on.Â  What do they all have in common?Â  After posting god-like statistical years, they came back and posted subpar years, if they played at all.Â  All of these players suffered from injuries or reduced effectivness the year following their epic years. Â He should still be very, very good…but will Brees be added to the aforementioned list as a 2009 letdown?

4.Â  Peyton Manning, QB, Colts (277 Points) Under!Â  I may eat my words on this one, but there are too many intangibles that make me see it this way.Â  Manning finished sixth among QB’s last year with 253 points.Â  You cannot tell me that he will have a better year than last after losing Tony Dungy as his head coach and losing Marvin Harrison, his record setting wide receiver for over a decade.Â  Not to mention, the loss of Harrison will place more pressure on Reggie Wayne and Anthony Gonzalez.Â  Wayne often made double team attempts look stupid last year, but Gonzalez’s stats suffered when he was not burning slow safties out of the slot position.Â  And will Joseph Addai return to his 2007 form? Â He must improve upon last year’s numbers to help Manning. Â Peyton Manning is the smartest quarterback in the league, but is he smart enough to make up for all of these key losses?Â  Time will tell.

5.Â  Adrian Peterson, RB, Vikings (272 Points)Â  Push.Â  Peterson, even with injuries, finished third among RBs last year with 237 points.Â  Their offense will be more productive this year regardless who is at QB. Farve, Jackson or Rosenfels will be able to produce in this offense, which will open up the door for A Pete. Â I take Peterson after Brady and Brees.

6.Â  Maurice Jones-Drew, RB, Jaguars (252 Points) Under. Â There are questions surrounding MJD now that he has no Fred Taylor to spell him. Â They formed a great 1-2 punch, and Jones-Drew has flourished in his role as a change-of-pace back. Â Also, will David Garrard return to 2007 form?Â  If the box is stacked on MJD, he will not be successful.Â  Will he still be on special teams?Â  If so, the physical toll could hurt him offensively as the season goes along.Â  I would take several backs over MJD, starting with Michael Turner.

7.Â  Kurt Warner, QB, Cardinals (250 Points)Â  Under.Â  Warner had 265 fantasy points last year.Â  At 38 years old, can he repeat that this year?Â  I think not.Â  At some point, Matt Lienhart will have to see the field become an actual NFL QB (he already has the salary and ego) and earn his ridiculous paycheck.Â  More importantly, can Warner stay healthy for a full season? Â Will Arizona ever figure out how to run the ball? Â Edgerrin James looked incredible on the ground in the playoffs, but that was to prove a point.Â  Without him on the roster, will they ever get more than .2 yards per carry out of touchdown monster Tim Hightower?Â  I avoid Kurt Warner in the first three rounds this year for these reasons. 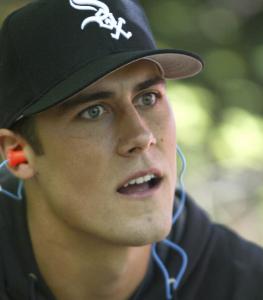 8.Â  Matt Cassel, QB, Cheifs (247 points)Â  UNDER, UNDER, UNDER.Â  Have you lost your minds?Â  He scored 238Â points last year with more weapons than a naval ship…more nukes than North Korea!Â  How can anyone possibly score more points on what has been a dismal Kansas City offense?Â  Cassell will make them better, and Dwayne Bowe’s stock goes way up with his addition, but New England’s offensive talent versus Kansas City’s talent, not to mention offensive line comparisons, is like comparing….well, never mind. Â You get the picture.

T-9.Â  LaDainian Tomlinson, RB, Chargers (246 Points)Â  Push.Â  I take several players over LT, including the other two that ESPN had him tied with, just because they both have a greater upside than LT.Â  I do think he will benefit from Sproles getting more carries, as this combo could mirror the one-two punch that the Titans and Jaguars displayed last year.Â  LT only had 216 fantasy points last year, and even though his best years are behind him, if healthy, LT is still a top-5 running back.

T-9.Â  Tony Romo, QB, Cowboys (246 Points)Â  Over.Â  Romo had 208 fantasy points last year while missing 4 games.Â  Romo lost a migraine when T.O. landed in Buffalo, and still his a ton of talent on the offensive side of the ball.Â  Romo is in my top 10, and much higher than number 9.Â  Romo rebounds after the Terrell Owens brick!

T-9.Â  Philip Rivers, QB, Chargers (246 Points)Â  Push.Â  Rivers had 279 points last year, and benefited greatly from the Chargers’ inability to run the ball.Â  This will not be the case this year, and ESPN adjusted his numbers accordingly.Â  Rivers is still a no brainer though if available in the first round.

There was ESPN’s top 10 (11).Â  I am lost as to how Michael Turner and Jay Cutler were left off of this list.Â  And more importantly, how ESPN has David Garrard at #17.Â  There are at least 60 players I would take over Garrard.Â  I will say this about Garrard: he must produce this year to save his head coach’s job, now two years removed from his punting on long time starter Byron Leftwich.Â  Jack Del Rio may be sent packing if the Jags do not find themselves playing in late January.Â

Getting back on track, Michael Turner is an absolute beast, and is arguably the best back in the NFL going into this season.Â  And Jay Cutler is going to play with such a large chip on his shoulder, he will only make those around him better, and has something he did not have in Denver: talented tight ends!

From pick #199 in the 2000 draft to 4 Pro Bowl appearances and 3 Super Bowl victories in a 4 year span, New Englandâ€™s Golden Boy Tom Brady has surmounted an elongated path to become arguably the most dominant QB of the modern NFL era. Since 2002 Bradyâ€™s seasonal stats have flirted with excellence; Throwing 23+ touchdowns, Avg. QB Rating of 85+, and over 3500 Pass Yards. Not to mention his Single-Season record of 50 TDs in the 2007 season with almost half of those delicacies belonging to newcomer Randy Moss. And why not throw in that his 4,806 Passing Yards were the 3rd best of all time for a QB. Peyton who?

So why ramble on about a player whose top tier performances hardly need any more textual recognition? One word: history.

END_OF_DOCUMENT_TOKEN_TO_BE_REPLACED

Jerod has no idea where this picture comes from, or whose toilet/bathroom setup this is…he just knows that he must have it.