Two days ago, I posted 7 reasons why White Sox fans should indulge in optimistic thoughts. Yesterday, Jim provided a brief preview of the first season of the Theo Era on the North Side.

And today, with a hearty hat tip to our friends and Fang’s Bites, we bring you information about upcoming previews for whatever team you cheer for, Midwest-based or otherwise.

END_OF_DOCUMENT_TOKEN_TO_BE_REPLACED

The Chicago Cubs began their 2012 season this week with pitchers and catchers reporting for duty and will need a social get together for all their new players and coaches to get to know one another.

While most agree this mix of players assembled is simply a stopgap until Theo, Jed and Co. see their young core blossom into a contending team for 2013 or 2014, the team and management is referring to “building” versus rebuilding. That means, per the company line, that each season is “sacred” as Theo Epstein likes to say. Whether this season is just the beginning of “The Cubs Way” or is a washout year remains to be seen.

Yesterday, Jerod discussed seven reasons by White Sox fans should be “unreasonably optimistic” heading into Spring Training. Today it’s time to look at the other side of the city. So let’s get down to business and discuss how the Cubs of 2012 will look on the field and what exactly first-year manager Dale Sveum has to work with.

END_OF_DOCUMENT_TOKEN_TO_BE_REPLACED

It was been a VERY long, cold, and snowy winter for nearly all of America, so whether baseball is your favorite sport or not, there has to be something about this coming weekend that warms your heart. (And no, Valentine’s Day is not until Monday). I’m talking specifically about pitchers and catchers reporting to most Cactus and Grapefruit League Spring Training sites within the next 48 hours!

END_OF_DOCUMENT_TOKEN_TO_BE_REPLACED

If there was a single ray of hope that shined last year for the Cubs, it was pitcher Randy Wells. In a year full of disappointments and distractions, the Cubs had one player who looked to be growing in talent and not wasting it.

With those numbers alone there is hope that Wells can become a #2 starter in the future. But the numbers don’t tell the whole story.

END_OF_DOCUMENT_TOKEN_TO_BE_REPLACED

The Minnesota Twins have started off hot in the Grapefruit League posting a 4-1 record thus far. We all know that the records and scores are irrelevent during Spring Training, but what we can take away from this is how our guys have looked at the plate.

Who’s Hot?
Delmon Young – 6/7, 2B
Delmon’s trying to play his way into the lineup after Ron Gardenhire’sÂ offseason quotesÂ leaving him off the opening day card. So far, he’s looked solid, crushing the ball all over the field.

Brian Buscher – 6/10, 2 2B, HR
Buscher has played out of his mind over the last few days. It’s just a matter of time before we start hearing the ‘Why did we sign Joe Crede’ chants. I imagine eventually he will regress to being Brian Buscher again, but until then, he’s playing his way into the opening day squad. Buscher’s solid performance puts pressure on Harris, Tolbert, andÂ even relievers trying to make the opening day squad. If Buscher increased his defensive 1B ability, his stock would certainly increase.

Dustin Martin – 6/9, 2 2B
Martin’s reminding us all that we have quite the outfield beyond Span, Gomez, and Young waiting in the minors.

Jason Kubel – 2/4, 2B, HR
Kubel’s only had a few at bats – but he’s done quite a bit with them. You have to believe he’s going to live up to his extension this season. 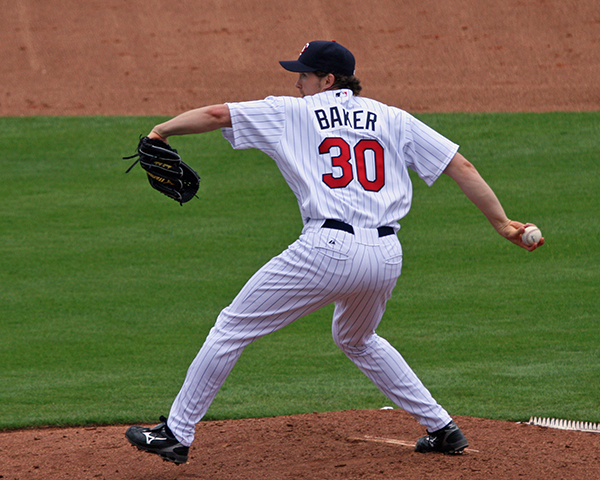 Today the Twins take on Puerto Rico. Unfortunately, MLB.TV won’t be picking up either the video or audio for this game. Here’s our lineup for this afternoon:

So hopefully, we’ll get to read about Joe Crede’s 4 Home Run game in the papers tomorrow. Looks like we’re fielding a solid lineup realizing that Morneau (Canada) and Punto (Italy) have reported to their respective teams’ WBC camps. 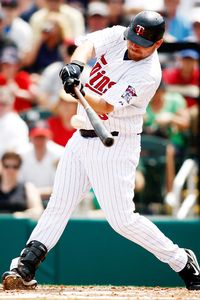 Nick and Nick discuss the WBC