The 2014 NFL Draft is just two weeks away and teams are making their final preparations for the big day. Free agency is largely behind us and squads are basically set heading into the draft.

With that in mind, I’ve compiled the needs of each of the NFL’s 32 teams as we approach the draft.

While this probably won’t come as a shock to anyone, an associate of Jonathan Martin claims it would be “impossible” for the 24-year-old tackle to return to the Miami Dolphins in the future. Martin has not yet asked for a trade, but the associate claims that he simply couldn’t go back to that locker room.

The associate claims that despite some changes with the Dolphins front office, a reunion between the two parties isn’t going to happen after what Martin has gone through and the NFL’s investigation in the wake of the Richie Incognito bullying scandal.

A big issue here is going to be how long it takes for the NFL to resolve the matter. The sooner it happens, the better it will be for everyone.

It would probably be best if Martin was just released or traded so he could continue playing elsewhere. There would obviously salary cap implications involved in such a move that would have to be sorted out first.

Martin obviously has some talent to offer an NFL team as he was the 42nd overall pick in the 2012 NFL Draft. That said, during his rookie campaign Pro Football Focus gave him a -22.0 grade, ranking him 76th out of the top 80 tackles in the NFL. But guys can obviously learn, grow and improve. Martin has to do that, but he’ll likely be doing it in another city.

It’s still a mystery how this will all sort itself out, but it has looked for a while now like Martin would be elsewhere next season and the Dolphins would have to find someone to replace him.

The mainstream media celebrated the end of the Bowl Championship Series after the Florida State Seminoles’ dramatic 34-31 victory over Auburn.

Dan Wetzel and Jeff Passan will finally get their wish in 2014 as college football will debut a new playoff system.

First off, Wetzel is an SEC apologist and Passan should return to his day job of reminding fans the Kansas City Royals still suck and Ryan Braun is a fraud.

It is the National Football League that needs a clue. For three weeks playoffs games are contested, giving teams who dominate the regular season a chance to miss out on a championship due to a freak occurrence or bad officiating call in a divisional playoff game.

Meanwhile, for a fortnight in venues from Florida to Hawaii fans feast on 35 games featuring the finest of collegiate football. I say it is overdue for the bowl system to come to the NFL.

We all see the college players celebrate like Christmas morning with all the swag they are given. Imagine how NFL players would react if they got jewelry and expensive cars along with a week in the January sun. It would be like 60 percent of the league getting the Pro Bowl experience!

Here is what it would look like if the NFL had a bowl system.

This is the game everyone wants to see, but in real-life the two top seeds need to win two home games to reach the big game. The risk of a team like the Colts or Panthers crashing pro football’s biggest party is just too great. It is not fair to Peyton Manning, and not fair to the Seahawks. For 16 weeks they proved they were the best teams, and the opinions of computers, writers and coaches simply do not lie.

Jim Harbaugh would blow a gasket with his team snubbed from the BCS Super Bowl, but there is a silver lining. Instead of spending a weekend in a rat-hole like Appleton, Wis. before playing the Packers in frigid conditions, the 49ers would get to play in Pasadena.

One reason for the Niners missing the BCS title game will be standing across the field. After playing in the Orange and Fiesta Bowls as a collegian, Andrew Luck finally gets his elusive Rose Bowl appearance, facing his former coach. Who says the bowl system lacks storylines!

Why should the Saints spend the entire postseason on the road? The bowl system fixes this. Add visiting New Englanders invading Bourbon Street and a rematch of one of the best regular season games and you have a double win.

Orange Bowl officials hate this, and this game ensures a half-empty stadium. But the Orange Bowl is mandated to take the AFC North and NFC South Champions, ensuring its event remaining among the BCS bowls.

And instead of Marvin Lewis’ team again having its tail handed to it in another home wild card loss, the Bengals can fly to Miami, get eight players arrested in the days leading to game day, and then lose.

Despite being a game better than the San Diego Chargers and a game and a half better than the Green Bay Packers, the Cardinals missed out on the NFL Playoffs. Still want to say the current system is fair? This way the Cards qualify for the BCS and get to play at home against a franchise that traditionally draws well and can’t wait to get out of the frozen Midwest. 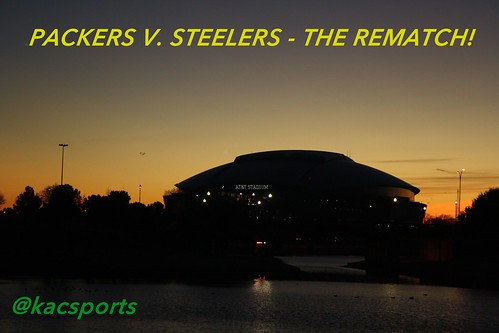 The records in this one would make it awesome: 8-8 versus 8-7-1. Cotton Bowl officials do not care and fall all over themselves extending invitations to the Steelers and Packers. It will be an economic boon for the Dallas/Fort Worth area as they again gouge Green Bay and Pittsburgh fans for everything from hotels to rental cars to parking. The least they can do this time is ensure a seat for everyone and make sure fans get through the gates in under two hours.

So the Chargers not only got a gift playoff berth, but a road playoff win. But what does it really mean? San Diego fans know all too well how their story always ends.

Bears fans make the migration to Central Florida much like they did back in the day when the Tampa Bay Buccaneers were in the NFC Central. Maybe the Dolphins can ditch the rest of their coaching staff after another loss.

The Cowboys even fell through the hometown Cotton Bowl, but remain a national brand with a larger fanbase in the southeast than the Atlanta Falcons. Their matchup with the Ravens fits perfectly with the traditional ACC/SEC flavor and Chick-Fil-A principles of the collegiate bowl clash.

Despite both teams having lousy years, the college version of this game hit a home run this year inviting Notre Dame and Rutgers.

This strategy pays off here as well. After 40-plus years the Giants return to the Bronx to play the Jets, returning to the city after 30 years themselves. It will sell.

Sherman’s offense was awful in 2013, finishing 27th in the NFL in total yards and 26th in points scored. That happened in spite of the team dropping a ton of money on Mike Wallace, Brian Hartline, Brandon Gibson, Dustin Keller and Tyson Clabo. The Dolphins also allowed a league-high 58 sacks of quarterback Ryan Tannehill.

The Dolphins would be smart to find a younger, more imaginative playcaller, after Sherman’s offense looked terrible and predictable all season. There is some talk that Miami will go after Green Bay Packers quarterbacks coach Ben McAdoo to replace Sherman, but that seems to just be speculation.

The big news is that Philbin and Ireland will be back, especially after the Jonathan Martin-Richie Incognito bullying scandal blew up all over them.

In his two years in charge in Miami, Philbin has led them to records of 7-9 and 8-8. The Dolphins had a chance to reach the postseason this year if they had just won either of their final two games. They didn’t.

There is now a push for Ross to hire a “football czar” to oversee the entire team and keep Ireland and Philbin in check. ESPN’s Chris Mortensen reported earlier in the week that there was tension between Dolphins ownership and Philbin and Ireland. Adding a football czar to keep those two in line might be a smart move.

Whatever happens, you can bet that next season both Philbin and Ireland will be on the hot seat and had better produce results. Another season missing the playoffs won’t cut it.

On Sunday after a stunning 24-20 win over the New England Patriots, it leaked that the Miami Dolphins had made a decision about offensive lineman Richie Incognito’s future with the team.

FOX Sports’ Jay Glazer is reporting that the Dolphins plan on giving Incognito a paid absence for the rest of the season. Glazer says that a final decision will be made on Monday, but Incognito is almost certainly done with the team.

The Dolphins improved to 8-6 win a phenomenal upset victory over the Patriots on Sunday and the feeling around the franchise has to be incredibly upbeat right now. It’s probably in everyone’s best interests to just shelve Incognito for the rest of the season so the team doesn’t have to deal with any more questions surrounding his alleged bullying of fellow offensive lineman Jonathan Martin.

Incognito had been a problem during his several other stops in the NFL, so his behavior with the Dolphins wasn’t surprising to anyone who knows his history. That said, if teams around the league still believe he can play, you can bet that he’ll find a team willing to give him a shot next season. But at this point it’s safe to say he’s done in Miami.