I don’t think there are any good uses for nuclear weapons, but (this stadium) may be one…

The Hubert H. Humphrey Metrodome has closed its wind-blown doors after 32 years with a checkered legacy. Chicago Bears coach Mike Ditka likened the venue to that of a roller rink while conspiracy theorists mused about ventilation possibly being cranked up in the late innings of Twins games.

When the roof wasn’t caved in, the Metrodome was functional, hosting the Vikings, Twins, and University of Minnesota football. It was also home to Gophers baseball and many other prep baseball games at all hours of the day and night during what passes for spring in the Upper Midwest. The tradition of prep and college baseball will resume when the new facility is built in a few years.

The Vikings finished their tenure at the Metrodome with a 168-92 home record, while the Twins won two World Series Game 7s there.  The place was pretty good to its two main professional tenants.

Here is my list of the top 10 events/moments in the long history of the Metrodome.

There are not a lot of great moments in Minnesota Gophers football history. The current team making consecutive Texas Bowl appearances is close to a high-water mark for the program. But Big Ten football in the dome was a novelty, as most campus facilities in the 1980s did not even have lighting for night football.

The Wisconsin/Minnesota rivalry is underrated. I know the university and TCF Bank Stadium security are equally tired of seeing the Badgers parade around with Paul Bunyan’s axe every year.

For the top college football memory, I will roll with this Gophers late-game special teams debacle from 2005. 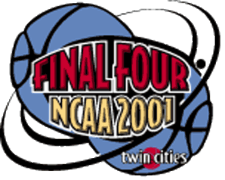 Duke basketball fans have fond memories of the Twin Cities. The Blue Devils won both Final Fours held at the dome, blowing out Michigan in the 1992 final and beating Arizona in 2001. The Metrodome held regional finals on six other occasions, with Marquette and the University of Wisconsin both being part of the 2003 Sweet 16. Marquette defeated Kentucky in the Elite Eight, sending Tom Crean to his lone Final Four appearance to date.

The dome also hosted the Minnesota Timberwolves during their inaugural season in 1989-90. During the honeymoon period over a million fans went through the turnstiles for the 41 home dates.

It was not the most memorable NFL title game ever, being best remembered for Buffalo Bills running back Thurman Thomas losing his helmet during the first play of the game. The Bills lost to Washington 37-24, giving Coach Joe Gibbs his third championship before departing for NASCAR, where the noise levels are only slightly higher than in the dome.

The Super Bowl highlighted a six-month period that saw the dome host a World Series, Super Bowl and Final Four. It also brought the NFL’s big game to the snow belt for only the second time and as close as it will ever get to the Wisconsin border.

The Dallas Cowboys came calling for the final Monday Night game of the 1982 season. The game being played was a minor miracle as the Minnesota weather won the first of several battles with the Teflon roof through the years. On a soaked field, Dorsett would take a Danny White fourth quarter handoff and go straight to the house in one of the more memorable plays in NFL history.

The Metrodome saw a second 99-yard play in 2008 with a Gus Frerotte pass to Bernard Berrian.

In 2010, Vikings fans grew as tired of Brett Favre as Green Bay Packers fans finally did. But for most of 2009, Favre was magical as the Vikings starter, beginning with a last-minute touchdown pass against the San Francisco 49ers, then defeating the Packers on Monday Night Football a week later.

Favre had the best statistical season of his 20-year career in 2009 (107.2 quarterback rating) and brought the Vikings to the doorstep of an NFC Championship.

Had Favre (after a costly five-yard penalty) just thrown the ball away or limped for a couple yards at the end of regulation in New Orleans, kicker Ryan Longwell could have handled things from there. But if you need one quarterback for one play to entirely implode a season, you cannot find a better man than Brett Favre.

NFL Films will tell you otherwise, but in my opinion Packers/Vikings is the NFL’s best rivalry. Although there have been great moments at Lambeau Field (Randy Moss’s Moon, Antonio Freeman on Monday Night Football in 2000), the most memorable games of the rivalry occurred in the dome.

There is Eric Guliford burning Terrell Buckley (Guliford’s lone catch wearing purple), the T.J. Rubley audible, and many other Packers Metrodome disasters. Myself, I will roll with Christmas Eve 2004, when a Ryan Longwell field goal resulted in a 34-31 Packers win and an NFC North title. That exorcised a few Metrodome demons until the Vikes came to Lambeau in the playoffs two weeks later.

Jan. 17, 1999 was supposed to be the day the Minnesota Vikings made up for a generation of frustration. Behind Comeback Player of the Year Randall Cunningham and rookie receiver Randy Moss, the team went 15-1 and earned the NFC’s top seed.

All that stood in the way was the Atlanta Falcons, one of the few teams that seemed more cursed than the purple.

This was to be Minnesota’s day. The Falcons were supposed to be Scrap Iron Gadaski to the Vikings Verne Gagne. The script had the Vikes winning the NFC belt, and were 11-point favorites.

With a 27-20 lead with 2:07 remaining, Gary Anderson was called in for a 38-yard field goal. Anderson had been 35-for-35 on field goals in the regular season. The three points were to be a formality and the Vikings would see things out from there. It might as well been a Doug Brien extra point attempt.

Anderson missed, the Falcons scored the tying touchdown and then won in overtime. It remains the Vikings second most nightmarish loss ever.

On Nov. 4, 2007 the San Diego Chargers visited the dome for an inter-conference clash. It was already an interesting game, highlighted by the Chargers Antonio Cromartie returning a missed field goal 109 yards just before halftime.

Then rookie Adrian Peterson got loose. In the second half alone, AD rushed for 253 yards, finishing with a league single-game record of 296 yards. Peterson had officially announced himself as the next Vikings legend, albeit one who will probably also end his career without ever getting to a Super Bowl in purple.

The Metrodome saw a second 109-yard play during the 2013 season when Cordarrelle Patterson returned the opening kickoff for a touchdown against the Packers.

In the first World Series which included an indoor team and the first in which the home team won every game, the Minnesota Twins outlasted the St. Louis Cardinals in a series that saw players don earplugs due to the deafening noise inside the dome.

Game 6 was played during the day to appease fans against seeing all World Series games played at night. It hardly mattered inside the dome. A controversial pickoff including Tommy Herr in the sixth inning of Game 7 proved to be the Cards undoing in a 4-2 Twins win.

At the time, there was something called satellite television that was in its infancy, and mostly unregulated. Those watching on satellite did not see commercials between innings, and were able to hear the ABC broadcast crew. During one telecast Al Michaels complained about his accommodations at his hotel. A Twin Cities writer reported on this the next day (first person of interest could be grouchy Sid Hartman). In a subsequent telecast, Michaels unloaded on the writer between innings for all the satellite world to hear.

Even back in the day, rule No. 1 is always assume the mic is live. 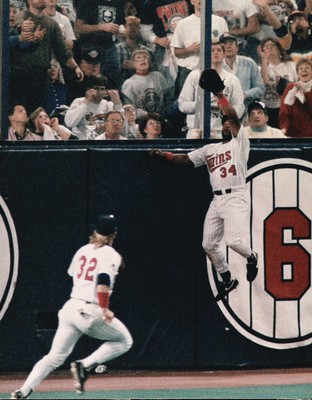 This was still one of the best Fall Classics ever, complete with legendary Twins PA announcer Bob Casey cheerleading from his perch behind home plate.

There was a 1987 regular season game in Milwaukee in which Kirby Puckett went off for six hits, that was the second-best game of his career.

In Game 6, Puckett went to the Plexiglas to rob Atlanta’s Ron Gant, and the night ended with his walk off home run to force Game 7. The next night was far from anti-climatic, as the Braves’ John Smoltz dueled Jack Morris through nine innings of a scoreless tie. In the bottom of the 10th Gene Larkin drove in Dan Gladden with the game-winning hit.