In the last five weeks I am a cool 45-28 picking NFL games against the spread, a .616 percentage.

I do not note that to brag, just to point out (for entertainment purposes only) that picking games against the line is easier done late in the season.

By December we have a pretty good idea on who is surging, and who is just playing out the string.

This leaves us with one last glorious regular season NFL Sunday, with all 32 teams playing, and the best opportunity yet to put NFL Red Zone into overdrive.

Here is my personal take on all 16 games…

Even though he was held to less than 2.5 yards per carry last time the teams met, Doug Martin will be one of the best options available if you are playing in a one-week only fantasy football contest.

The Bucs have gone backwards the past month, but the A-T-L will be resting everyone with the NFC #1 seed secured, and Greg Schiano has his team go all out when the opposing team kneels down, so rest assured he will have his team looking to go out on a high. 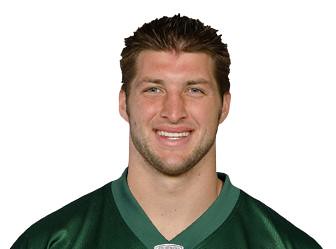 Tim Tebow should have just as well have missed the team flight. I wouldn’t be surprised if the Jets were to bring Richard Todd and Matt Robinson out of retirement to back up Mark Sanchez on Sunday.

The cold honest truth is Tebow is not an NFL QB at this juncture.

The circus reached its boiling point last week when (depending on whose account you believe) Tebow asked not to be involved in the Wildcat package – leading to ESPN and other media to anoint the ‘phony’ label on T-squared.

The writers love taking batting practice on #15, and Tebow and the Jets were a marital disaster from day one.

40-some years ago there was a terrific wishbone quarterback out of Oklahoma named Jack Mildren. He played a couple years in the NFL as a defensive back, before embarking on a successful career on a number of levels including business and politics.

Tebow may be in a similar boat. He could be a nice utility NFL player (like former college QB Brad Smith with the Bills), but it’s clear he will never be a starting QB.

Not even getting a start in a meaningless Week 17 game speaks volumes.

If Tebow thinks otherwise, then his next move ought to be retirement. He doesn’t need the aggravation, and would be successful in many ventures outside of football.

As far as the game itself, the Jets are bad, Bills even worse. I couldn’t give up a field-goal plus on Buffalo.  PICK – Jets +3 ½

The Ravens can move up from the number four seed to #3 only with a win plus an unlikely Patriots loss later in the day. The Bengals are already locked in as the AFC’s six seed.

I wouldn’t really suggest picking this one ATS one way or another.  PICK – Ravens +2 ½

The Bears obviously need this win then for the Vikings to lose later in the day.

Meanwhile I wouldn’t count on the Lions beating Central Michigan right now, let alone anyone else in the NFC North. The Lions would have to swallow a huge contract, but it wouldn’t be a shock to me at all if Jim Schwartz has a pink slip by Monday.

Lock and load on Chicago only giving up a mere field goal.  PICK – Bears -3 (LOCK)

‘Are You From Tennessee??’

It’s amazing to see the Titans favored over anyone after mailing in a 55-7 loss at Green Bay.

But let’s just say Chris Johnson would be a good start in fantasy, if he got 200 yards it would not shock me.  PICK – Titans -4 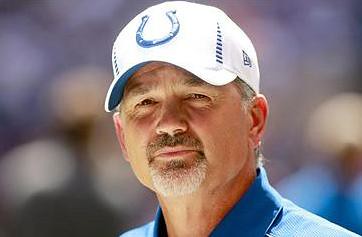 Normally, this pick would be easy.

The Texans have a lot to play for, win this game and they earn pole position in the AFC. Lose and they likely fall to number three and end up hosting Cincinnati in the Wild Card round for the second straight year.

Meanwhile the Colts are locked in at number five, if it were the Tony Dungy era the Jim Sorgi All-Stars would be taking the field.

Enter Chuck Pagano and his return after a nearly three-month absence.

There will not be a dry eye in Lucas Oil Stadium when he leads Indy onto the field. Win, lose, or draw his appearance back on the sideline alone will be a cause for celebration.

But the Colts will be playing to win, and to the organization it will have all the atmosphere of a playoff game. They will worry about their probable trip to Baltimore for the start of the real playoffs afterwards; this will serve as a good audition.

Blue Horseshoe will not only cover but win outright.  PICK – Colts +7 (LOCK)

Lock and load on the Saints on this one.

The franchise has mostly been vindicated from BountyGate, and Coach Sean Payton is freshly inked to a five-year extension that will pay him $7.5 million per.

Look for Drew Brees and company to take out a calendar year’s worth of frustration on the dead kittens, and I say New Orleans puts up a half a hundred. PICK – Saints -5 (LOCK)

To make the playoffs NYG has to win and then get a parlay of losses by MIN (possible), DAL (very possible), and CHI (not likely).

Meanwhile Andy Reid’s mostly successful 14-year run with the Eagles probably ends after this game, and the team will want to send him out on a positive note if they could.  PICK – Eagles +7 ½

It was hard to find a line anywhere on this game, and would steer clear from the betting window even if there were.

The Browns are down to their third string quarterback and RB Trent Richardson will miss the contest as well, not to mention a lame-duck coach staff and front office.

Meanwhile I had the Steelers projected in the playoffs even as their season spiraled downward on a weekly basis the past two months. There will obviously be some soul-searching, including what to do at running back.

Long before the Jovan Belcher incident turned a bad season into tragic and horrific on a number of levels, Jason Whitlock penned an article bashing the Chiefs organization from the top down.

Absent from his criticism though was HC Romeo Crennel, per Whitlock’s usual obvious agenda.

He’s been a great defensive coordinator over the years and will likely resurface with another organization as such once this personal nightmare of his ends Sunday.

Meanwhile Peyton Manning and John Elway both knew what they were doing uniting this past spring, especially considering the cakewalk Denver will finish running the table on in the AFC West. Super Bowl favorites? Not clear cut, but win this game and they would get the Patriots at home in the playoffs.

If you ever want to see NFL playoff rounds decided two out of three falls – Pack v. Vikes is as close as you will get.

GB won ‘Game 1’ at Lambeau Field earlier this month, and the Packers can advance to the Divisional round by winning ‘Game 2’ at the Metrodome. Meanwhile, the Vikings can force ‘Game 3’ in the Wild Card round next weekend with a win.

And by the way, Adrian Peterson can set a new single-season rushing record with another 200+ yard outburst like he did at Lambeau four weeks ago.

As I said in my column earlier this week, ‘Fail Mary’ actually hurts the Vikes as much as the Pack at this point. Had that M.D. Jennings interception stood, GB would have a two-seed clinched and the Vikes would get a Packers team that would have been resting some players.

But as it stands now, game on – and it will make for great theater.

The purple seems to be peaking, and have a feeling they will force that Wild Card rematch. 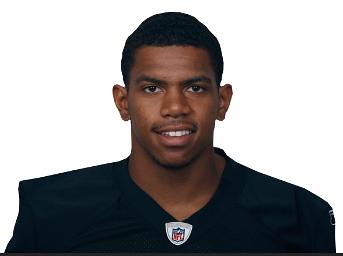 Terrelle Pryor will even get the shot that Tim Tebow will not. He will make his starting debut for the Raiders, so the organization can get a gauge on him going forward.

The real over/under will be on the number of arrests in Qualcomm Stadium on Sunday. I don’t know how they get enough security and law enforcement to separate these two angry fan bases – by the fourth quarter the players will likely be watching the real action in the stands.

Sixteen and a half points is just an enormous spread. I look for the Niners to win easily, but if the early returns from the Packers/Vikes game are not favorable in getting the number two seed, then Jim Harbaugh might actually have his team take the foot off the throttle and look towards the Wild Card round next week.

Thus I would stay away from this game for betting purposes.  PICK – Cardinals +16 ½

The Seahawks have turned into the Patriots of the NFC, averaging 50 points per game over the past three weeks, and they have become the official ‘team no one wants to play’ in the post-season.

That said I’m going to go with the Rams to cover. The Rams have taken a quantum-leap going 4-0-1 in the division and will not lay down in Seattle.  Also, if Pete Carroll takes a peak at the scoreboard and sees SF winning big, then the Hawks will throttle down looking towards Wild Card Weekend.  PICK – Rams +10 ½

If the Skins lose this game Griffin could well end up being the only one of the big three rookie QBs to miss the post-season.

Even if Washington wins, then it’s likely a home game versus Seattle next week. Lose to the ‘other’ Washington, and writers and sportstalk people will be talking about how the Skins could had just drafted Russell Wilson in Round 3 versus giving up a ton of picks to trade up for RG3.

Or Griffin could actually get to the divisional round, but then lose to the Niners and writers can talk about how the Skins should have drafted Colin Kaepernick in 2011.

Second guessing is a rite of passage in DC, but all will be right in the Nation’s Capitol on Sunday night.

Look for the Cowboys to implode for the second consecutive year on the final SNF stage with a playoff berth on the line, and for Al Michaels to spend the second half speculating on the future employment of Jason Garrett and Rob Ryan.  PICK – Skins -3 (LOCK)

This post is a toast to the players who have made our NFL Sundays more enjoyable and entertaining through their charisma and creativity. Here is the definitive list of the 10 greatest end zone celebrations…ever.