Earlier this year, I chronicled the story of Fanball Inc., which shut down its fantasy sports franchises (CDM, NFFC/NFBC, and Fantasy Cup among them) that they had bought out previously. Since then, the original owners of CDM and NFFC/NFBC have re-acquired their franchises and now exist under the original umbrella.

This Sunday, ESPN’s Outside the Lines did a piece on another long-time fantasy sports franchise that ran into trouble in 2011 and ultimately shut down.

I found the 8 ½ minute piece fascinating, and in my mind it beats OTL’s breaking lead story from last week. (I’m fine with Major League Baseball’s drug-testing program – but the first I want to hear about a violation is from MLB itself, not from a media outlet digging out a story and breaking the code of confidentiality.)

But back to this week’s OTL piece, which focused on the high-stakes operation that was known as the World Championship of Fantasy Football.

Those who have played fantasy sports in the past and purchase the preseason magazines annually have no doubt heard of them. They’re the ones in which the overall winner gets the oversized check from Suzy Kolber at the Super Bowl.  Obviously, very few fantasy football magazines went to print this year due to the lockout, so I personally did not know what was going on with WCOFF or any other fantasy sports business – but until recently WCOFF was guilty of nothing more than having a WFL-like logo, which perhaps should had been a clue of impending doom right there. 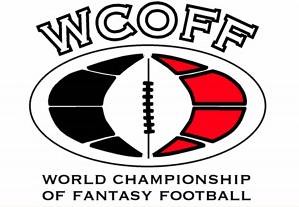 The story begins with the plight of a Wyoming man named Tony Windis, who won the $300,000 grand prize for the 2010 football season following the same blueprint of many others who won fantasy football titles last year: drafting Adrian Peterson and then picking up Michael Vick off the waiver wire. Windis says he received $150,000 of his winnings, and is still awaiting the remaining amount.

The piece then focuses on several others who had invested in WCOFF over the years, including self-described ‘professional gambler’ Chad Schroeder, who invested $50,000 annually, won WCOFF’s 2010 baseball contest, and was owed over $250,000 of his winnings. Also featured was Ian Ritchie, who had played in the contest since 2003, and Scott Atkins, who now runs the Fantasy Players Association.

It is noted in the segment that the landscape of the company changed in 2007 when WCOFF’s original owners sold out to Gridiron Fantasy Sports, an arm of a company known as 360 Sports Marketing.

Ashby had huge corporate plans for his acquired franchise. WCOFF’s Draft in Las Vegas spared little expense, involving 100 women hired as cocktail waitresses clad in referee’s outfits, and also flying in two former NBA players as celebrity contestants. Ashby also started a weekly TV show which aired on Versus and had visions of televised fantasy football drafts becoming the new poker, with his contestants becoming television celebrities – while taunting the contests involving ‘the best of the best’.

By 2009, WCOFF was no longer timely in processing  payoffs, and this September it closed up shop. It is said that the operation had gotten to the point that they were waiting for the income from baseball sign-ups in the spring before paying off football winners. WCOFF then took out a loan this year (claiming they were working on sponsors), but it was still not able to pay all of the winners. 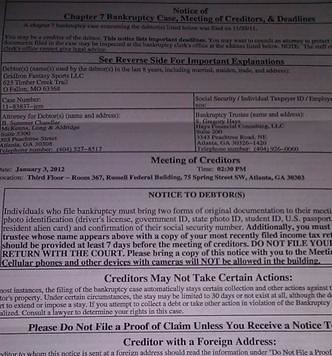 ESPN quoted Dustin Ashby (right) as saying ‘the economy got us’ and ‘we made some bad bets’ (figuratively, literally, or both??), adding that the company had lost $4 million.

The segment closes with news of a lawsuit being applied for by the ‘winners’, with a frustrated Tony Windis saying on camera ‘I just want what I want. I don’t want to hurt anybody, I don’t want any extra, I just want to get paid’. Ashby also was hit by a lawsuit a couple weeks back by the Missouri Attorney General.

There is another angle to the Dustin Ashby story. He was also a golf coach at the University of Missouri-St. Louis. While in that capacity he utilized one of his volunteer assistants, and three of his student-athletes, with the WCOFF operation on a contract basis.

Not surprisingly, something known as the NCAA did not take a very good view of this. The UMSL golf program has now been placed on two years probation for ‘major violations regarding sports wagering and unethical conduct’ and for Ashby not disclosing the involvement of his staff and student-athletes. The NCAA, which has long prohibited sports wagering by student-athletes/coaches, officially expanded the rules to include fantasy sports in 2007.

Dustin Ashby is also seen often on television on various golf programs, and St. Louis sportswriter Jeff Gordon was a featured contributor to the WCOFF website, as he had been for CDM Inc. (also based in St. Louis area) in the past.

At one point it was thought that Gridiron raked in upwards to $3 million per year, while awarding $1.6 to $1.8 million in prize money. This may have been based on WCOFF acquiring the maximum 1,200 contestants for its football contest. It can be imagined that attracting less than the 1,200 number ($1,750 buy-in) cut into the revenue stream, as well as the added administrative expenses with the Las Vegas event in recent years.

Who knows how the mismanagement (making other investments that may have tanked, etc.) got Gridiron into deep red ink, but the damage to the fantasy sports industry as a whole is far-reaching. There are many other businesses in fantasy sports that have been well-run in the years, but then again WCOFF had a clean rep until very recently, and this is not the first company to encounter ‘accounting issues’ and not make payouts in a timely manner. The result is more potential customers who may ultimately decide to sit on the sidelines, or join close-knit leagues at home with co-workers/family or other people that they know on a face-to-face business.

And the fantasy sports industry worked had to keep the hobby alive, successfully winning in court in the early-2000’s proving that fantasy sports differ from other ‘investments’ known as gambling – and again just a few years ago as professional sports leagues attempted to copyright the use of players names and player statistics. It would not take much for another bill to come forward in the future and for those decisions to eventually be reversed in some fashion.

It is frustrating enough to lose in fantasy sports based on events that happen in the field of play. It’s quite another to win but not get paid. This is something that might end up boding very bad for the fantasy sports industry.