In this week’s edition of ‘My Ego Hurts’ news, Packers tight end Jermichael Finley expressed that he is ‘disturbed’ by the media coverage being given to Tim Tebow.

Actually, Finley’s quoted words in comparing his own quarterback to Tebow were as follows…

‘I sit at home, start watching TV and all I’m seeing is Tebow. We have a guy here that’s breaking records every week and you have a guy in Tebow that’s saying ‘God’ every word and he gets coverage. Of course I love my faith and God. but come on man’

Finley then goes on to predict that the bloom will eventually fall off the Tebow rose, and the day will come when Tebow is no longer the most popular player in the National Football League.

So the nice 19-game winning streak the Pack has right now is taking a bit of a back seat to the Tebow/Tom Brady showdown in Denver this Sunday, and it seems like Finley doesn’t like it.

But, to use a Tebow-ism, the Packers’ undefeated season falling to the backburner temporarily should actually be seen as a bit of a blessing.

I checked ESPN tonight, and Green Bay is still getting plenty of coverage. Of course there is a Tebow category in the bottom line scroll, but also a Packers scroll as well.

Here on Midwest Sports Fans, there is as much insightful Green Bay Packers coverage as anywhere on the Internet, from a variety of writers.

Should the Packers win a second consecutive NFL title, the team will be talked about for generations to come.

Unfortunately, the Broncos played in Green Bay this year before Tebow supplanted Kyle Orton as Denver’s starting QB (who the Packers get a second helping of Sunday in Kansas City). But had Denver started Tebow at Lambeau v. Rodgers, it would had been like showing up for the start of Wisconsin deer hunting season with a squirt-gun. And Tebow himself would humbly tell you that.

Aaron Rodgers is the best quarterback in pro football right now, and the Packers the best team.

But, like it or not, Tebow has become one of the most popular figures the NFL has seen in quite some time.

As me and other writers at MSF have noted in recent weeks, Tebow has become the rare sports story that transcends sports. You could be in the camp of not having a single care in the world about the NFL, or sports in general, and you would likely have at least some level of interest in Tebow at this point. Personally, I know if my mother was here right now she would have asked me by now “Who’s Tebow?” and ultimately end up cheering for him. 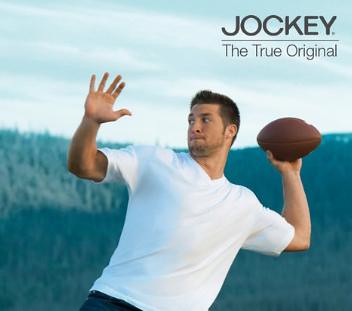 Let me recount a quick Tebow story that helps to explain why such a big deal is made of him on and off the field.

Tebow did a signing at a Jockey Outlet store, which he’s a pitchman for. Realizing near the end of his session that there were still far more people lined up outside than he was going to have time – he gets up, goes outside, and personally greets each and every fan who showed up that he wasn’t going to be able to get to sign for.

Where did the autograph session take place?? Pleasant Prairie, Wisconsin.

I’m not calling out Jermichael Finley as a spoiled, rotten apple. Currently he’s doing a promotion with the local Blood Center in Wisconsin and is also involved in numerous other charity events.

But all Finley had to do was notice the buzz in Lambeau Field well after Mike McCarthy called off the dogs in the Packers 46-16 rout of Oakland, as fans started following Tebow’s latest heroics against the Chicago Bears. In the midst of the blowout, fans in Green Bay actually became as interested in the Broncos and Tebow as the team they pay handsomely to see.

But it still makes sense, Tebow or not, as the two favorite teams in Wisconsin remain the Packers and whoever happens to be playing the Bears.

Which storyline would you rather have right now? What Tebow has meant the past two months, or the Bears bumbling around and making brain-dead decisions in crunch time that might lead a cynic to wonder just how many customers Sam Hurd had on that team.

So you can choose between the Tebow Story or the developing Hurd story, which will explode thousand-fold when the names of some of his alleged NFL clients manage to leak out. As much as they will try to redact those names, assuming they exist, the hound-dog media will still find a way to reveal them before the official charges cam out.

And then there is the disgusting Jerry Sandusky scandal and Bernie Fine – not to mention Nk-Ding-Dong Suh and enough other knuckleheads in sports and the world in general. That’s why the Tebow story comes along like the proverbial ‘Breath of Fresh Air’.

It should be recalled that once upon a time the Green Bay Packers had become pretty much an irrelevant franchise until a certain QB named Favre arrived, along with a star defensive end named Reggie White who happened to be devoutly religious. Like Tebow, White gained respect and a following amongst opponents as well as teammates. Reggie was Tebow before there was Tebow.

For one final testimony on the Tim Tebow phenomenon, imagine if he is selected to play in the Pro Bowl – which just for marketing purposes the NFL will make sure happens. I’ll bet there will be infinitely more interest in the Pro Bowl than any time in recent memory.

Or just maybe, the Denver Broncos continue to defy the odds and somehow win the AFC Championship – and end up playing the Packers with Tebow and the record-setting Aaron Rodgers facing each other.

That would not be “disturbing” at all.