Every team in the NHL Central, except for Detroit, had a deal set in stone before the Monday deadline.

There was not any huge player dealt, but Chicago, Nashville, St. Louis, and Columbus all got skaters that they hope will benefit them this season and possibly for seasons to come.

Here are the NHL trade deadline winners and losers for the NHL Central.

To help the cause Nashville traded a first round pick in 2011 and a conditional pick in 2012 for Mike Fisher from Ottawa. This was one of the landmark deals of the trade deadline.

Nashville picks up a center who fits right into their playing scheme. He can be a potential 25+ goal scorer while adding 40-50 assists in a season. He has plenty of playoff experience, and that’s what Nashville wanted and now hopes Fisher can bring to the team. 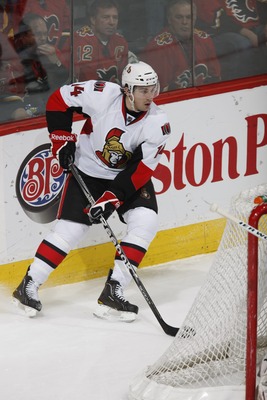 After many statements by Stan Bowman that he was working non-stop on trying to form a deal, the Blackhawks finally acquired defenseman Chris Campoli.

Campoli isn’t the penalty killing machine the ‘Hawks needed, but he does skate and handle the puck fairly well.

I am thinking that Campoli was the best the ‘Hawks could get given their salary cap and the fact that they didn’t give any player on the NHL roster away. Still, there was a sense of disappointment floating around this trade.

But the recent five game winning streak the ‘Hawks are on have abated any trade deadline disappointment the fans might have had. But a little better depth at the defensive position would’ve been nice.

The ‘Hawks are in the playoff race, and things are finally looking to be headed in the right direction.

The Detroit Red Wings were not active in the trade market this season, but they did give goaltender Jimmy Howard a two year contract extension worth $2.25 million per season.

Howard has been everything the Red Wings could ask for. He notched his 31st win of the season Monday night, has a 2.82 goals against average, and a .907 save percentage.

There is little to worry about in Detroit when it comes to the Red Wings. They are, once again, part of the elite teams in the NHL this season. Doing nothing was probably better than doing something in this case. 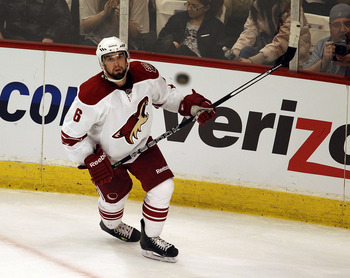 The Columbus Blue Jackets biggest addition is forward Scottie Upshall. He’s a decent forward that has just recently been given the chance to play a full NHL season.

Columbus really didn’t do anything to better themselves in the near or far future. Being 12th in the Western Conference, and with the chances of making the playoffs very low, the Jackets failed this season at the deadline.

They, like I said earlier, were effected by the lack of sellers and hot prospects at this year’s trade deadline.

The best the Jackets can hope for is a decent late season run. Improving should be their main goal. Their 7-2-1 record the last 10 games has helped them inch closer to a playoff push, but they are still a good ways away. Still, if this keeps up, Columbus could be a team that makes a late push for the eighth seed.

It’s not likely, but keep your eyes open.

Add an impressive young defensman Kevin Shattenkirk and forward Chris Stewart and the Blues have some very talented youngsters.

This was the plan all along. Recent seasons haven’t been kind to the Blues, as they’ve only made the playoffs once since the lockout.

Hopefully, with these new additions, the Blues can finally build the franchise their fans have been hoping would happen for years.